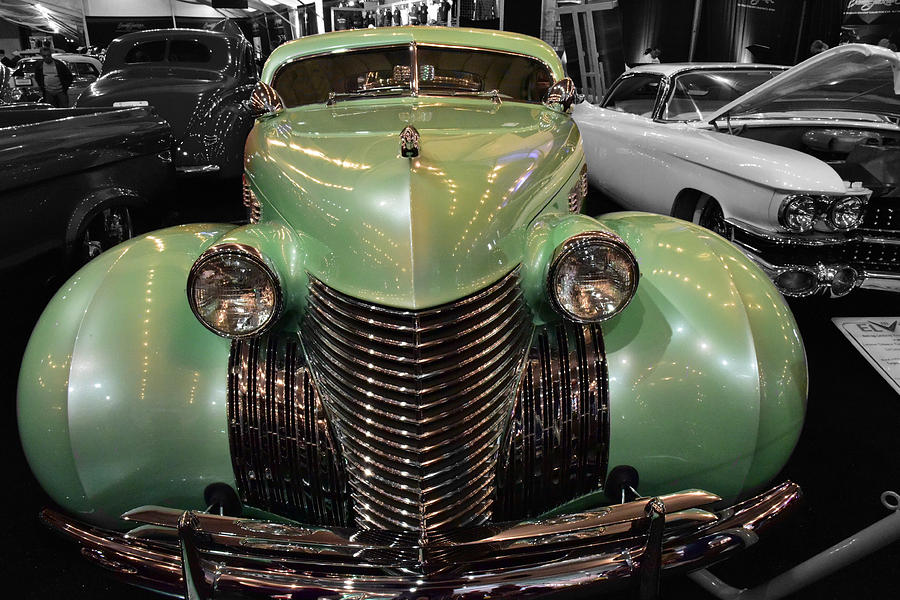 In January of 2016 this 1940 Cadillac Series 62 was displayed at the Barrett Jackson Auto Auction in Scottsdale, Arizona. This photograph displays the awesome architectural lines common on many high-end cars during that era. These cars were heavy compared to modern vehicles; however, aerodynamic lines were part of the overall design in those days as they are today.

The Series 62 had a body created by Fisher that was lower and sleeker than prior years. Some described it as the “torpedo” body. At the same time, they eliminated the running boards (available as an option) and increased the width of the passenger compartment by five inches. The windshield was slanted more towards the rear and the rear window was curved. A signature of Cadillac during that era was the car’s grill, a work of art in itself. The Series 62 sported a heavier grill with thicker and fewer bars. Two sets of louver bars appeared on each side of the hood.

I took the liberty of transforming the surrounding scenery to black and white in order to focus the attention on the Cadillac’s design and great paintwork.