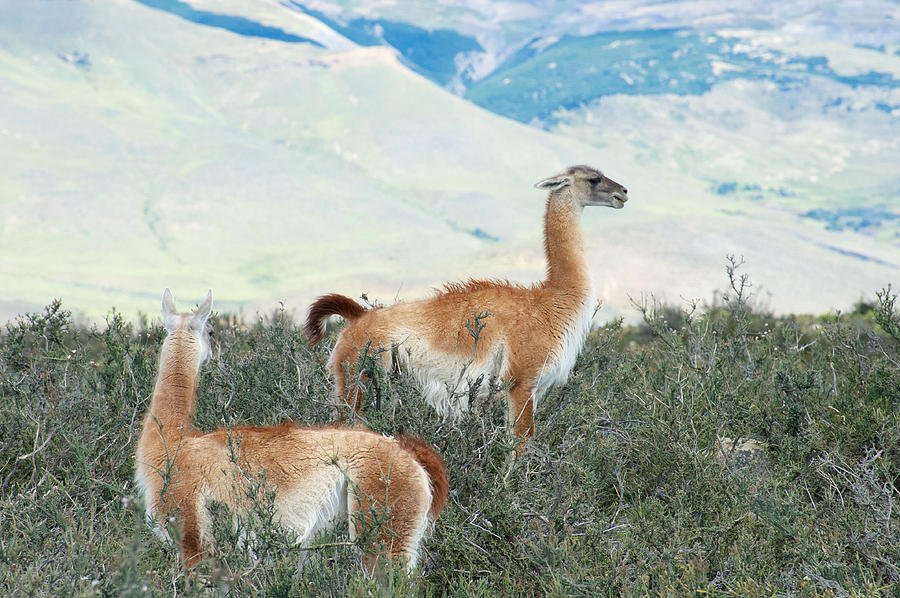 Guanaco's are sociable animals that are sometimes mistaken for Llamas. They are related to camels. This photograph was taken in the Patagonia area of Argentina, near Torre Del Paine National Park. The male always assumes a position of dominance on the crest of a hill so ensure other males do not invade his territory. When angry, as in this photo, they posture, their ears go back and they begin spitting. Just after I took this picture he charged another male that had entered his domain. The other male retreated without confrontation.