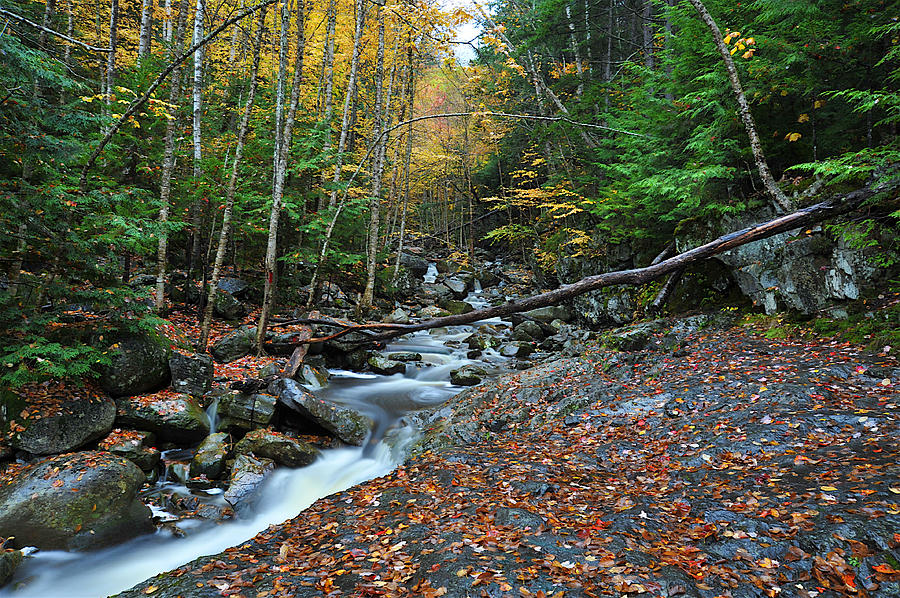 The number of beautiful places to visit in the United States is simply mind-boggling. One could virtually spend all their spare time visiting these wonderful locations. I always wanted to see some of the best locations for fall colors. I mean everyone wants what he or she doesnít have. I live in Arizona, which is a beautiful location in itself. However, when you live in a location for so long, you begin to take for granted the wonderful sights that surround you.

In Arizona I live in the desert, where we do not have four seasons. That is good and bad. So I wanted to see and photograph the colors of fall. I traveled to Bangor, Maine and drove north to the Carrabasset Valley. This location is 30 miles south of the Canadian border and near the border with New Hampshire as well. My destination was Sugarloaf Mountain.

Sugarloaf Mountain is a popular ski resort in northern Maine. During the ski season it is packed with people enjoying the snow. During the summer season, this area is a popular site filled with hiking trails, streams, and a large body of water named Flagstaff Lake. I managed to arrive in the second week of September. It is always a guessing game as to when fall colors will peak. As luck would have it, my arrival occurred at the height of the fall colors. An added bonus was that I was after the summer season and before the winter season would start as no snow had yet fallen. That meant the hiking trails were virtually to myself.

The weather was usually cloudy and misty each day with an occasional peaking of the sun. Wildlife was abundant; moose, turkey, deer, beaver and others were always around. As a matter of fact the moose are so numerous the locals named one stretch of road ďmoose alleyĒ where driving at night was an experience of itís own. I know because I experienced it myself and will never do it again.

Carrabasset Valley has small winding roads where you run into either a hamlet or village very often. The people of this area grow fruit, run fruit stands and engage in any endeavor that provides an income. One of the locals told me ďeveryone is a carpenter, even my grandmother.Ē Most of the villages/hamlets were established in the 1700ís and have quite a rich history. This is something I will delve into more on my next trip to this area.

The photo ďCoffee and CreamĒ is just one of the many photos I took on this adventure. It was taken on Swift Stream and only shows a few fall colors but most of my other photos explode with color. ďCoffee and CreamĒ was a gorgeous site with a sprinkling of colorful leaves, wet rocks, coffee color water with white foam that looked like cream when I used of a slow shutter speed. Water becomes darker when leaves and other organic materials fall into the water and begin to decompose. The water isnít dirty, just filling with the remnants of the leaves.

I have seen other fall colors in Arizona and Colorado, but the colors in Maine include red, yellow, green, peach, maroon, golden brown, and even purple. I had never seen such a variety, although I heard from travelers on another trip that the western Arkansas and eastern Tennessee border would certainly give Maine a run for their money. That location is on my list for the future.

Thanks Thomas...well worth the trip...

I have never been in this part of the country but your work makes me want to go. Excellent work here Richard!!!!!! Tom