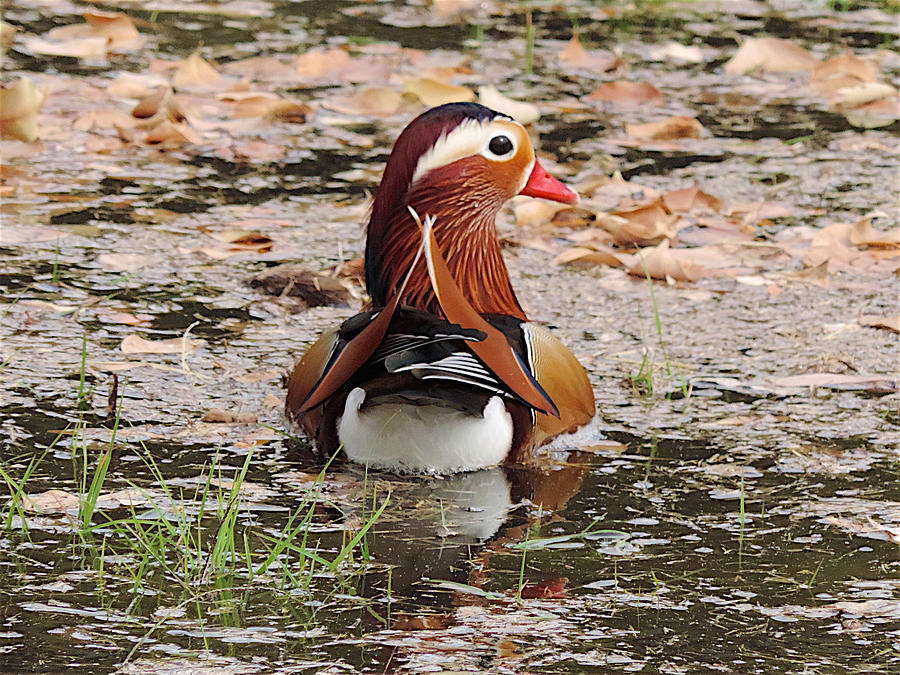 The Mandarin Duck is native to Asia, China, Korea, and Japan. The male is vibrant during the mating season but molts afterwards assuming an appearance similar to the less flamboyant female. These ducks are believed to pair and mate for life. They are an endangered species in Asia. They mainly feed on aquatic plants, grass, and seeds, however, their diet changes during the year and they will eat snails, small fish, and insects during the fall.

In the wild, mandarin ducks breed in densely wooded areas near shallow lakes, marshes or ponds. They nest in cavities in trees close to water and during the spring, the females lay their eggs in the tree's cavity after mating. A single clutch of nine to twelve eggs is laid in April or May. Although the male may defend the brooding female and his eggs during incubation, he himself does not incubate the eggs and leaves before they hatch. Shortly after the ducklings hatch, their mother flies to the ground and coaxes the ducklings to leap from the nest. After all of the ducklings are out of the tree, they will follow their mother to a nearby body of water.

In China the Mandarin Duck symbol is often used in weddings as a sign of wedding bliss and fidelity. In Korea it represents peace, fidelity, and plentiful offspring.