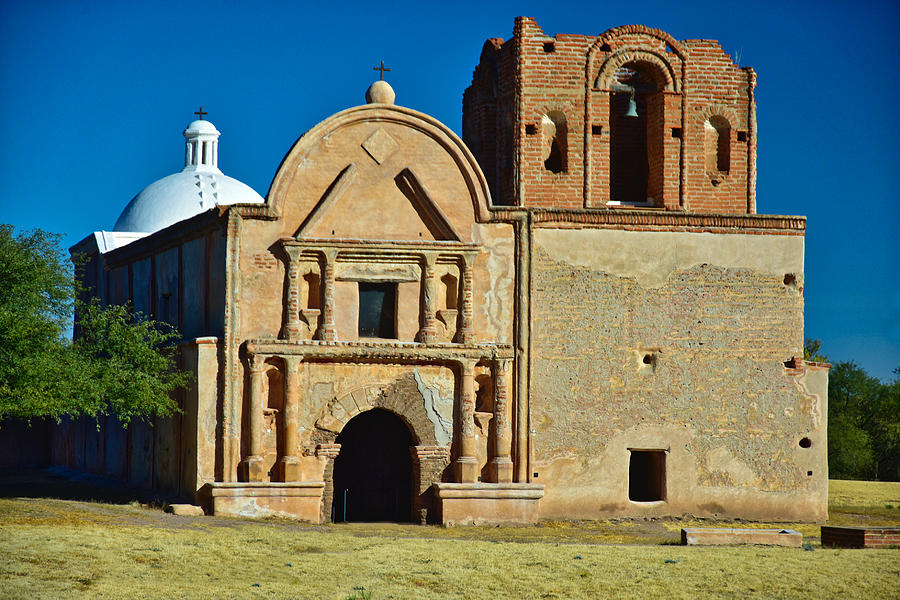 In 1691 Jesuits established Mission San Cayetano del Tumacacori near a Sobaipuri settlement on the east side of the Santa Cruz River in what is now Southern Arizona. The Sobaipuri were the indigenous people living in the area at the time when the first Europeans entered the area. Although not confirmed, it is believed the Tohono Oodham and Pima Indian Nations may have descended from the Sobaipuri people. The Spanish began converting the local populace to Catholicism and used them as labor to help build many missions. Services were held in a small adobe structure built by these inhabitants at Mission San Cayetano del Tumacacori.

The Oohdham rebellion of 1751 (also known as the Pima Rebellion) forced the occupants of the mission to abandon the location and seek shelter at locations that were more defensible against the rebelling natives. Luis Oacpicagigua, an Oohdam from Saric was able to gather 15,000 warriors from diverse tribes and executed a battle plan that killed approximately 118 settlers. The rebellion was eventually put down by Spanish forces and Oacpicagigua surrendered to Captain Jose Diaz del Carpio on March 18, 1752 after a negotiated peace. Eventually the Jesuits were accused of abusing the indigent people of the area and the Spanish government expelled the Jesuits as a result. Oacpicagigua was imprisoned by the Spanish until his death in 1757.

After the rebellion in 1752, the village of Tumacacori was reestablished and in 1753 the church of the Mission San Jose de Tumacacori began construction at the present site on the west side of the Santa Cruz River. The architectural style of the church is Spanish Colonial.