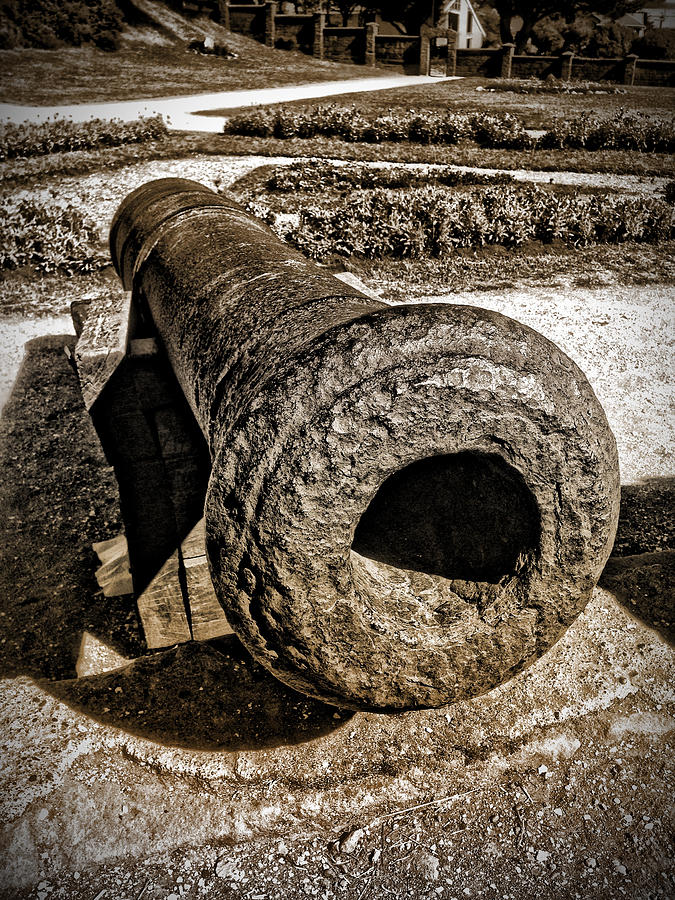 This cannon is well preserved as it stands guard facing the ocean in the City of Acuna on Chiloe Island, Chile. Fort San Antonio was built by the Spanish, who occupied Chile, during the mid 1700s. The Fort itself has several cannon on display as well as some of the walls and ammunition bunker.