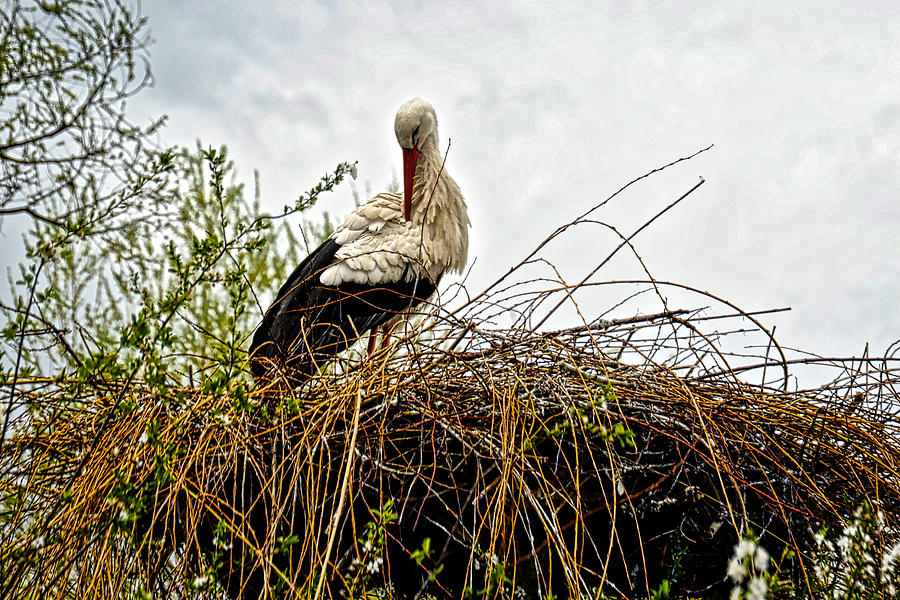 This photograph is of a White Stork or Ciconia ciconia, which is the scientific name. Storks are migratory birds that will travel to either South America or Africa depending on where they originally reside. This particular Stork was photographed on the outskirts of a medieval town in France. Therefore it most likely migrated to Northern Africa. Those Storks that migrate to Northern Africa would divert their path avoiding the Mediterranean Sea, opting instead to use a route over Gibraltar and onto Africa. The reason for this deviation is because they rely on thermals to arrive at their destination and the waters of the Mediterranean do not support the creation of thermals as does land mass. There time over the water is significantly reduced.

The Storks do not mate for life, however, they will stay with a partner for some time and they share the parental responsibilities. The female will lay a clutch of four eggs. The Storks feed off small animals, birds, amphibians, and insects.

Of course I thought they just delivered babies.