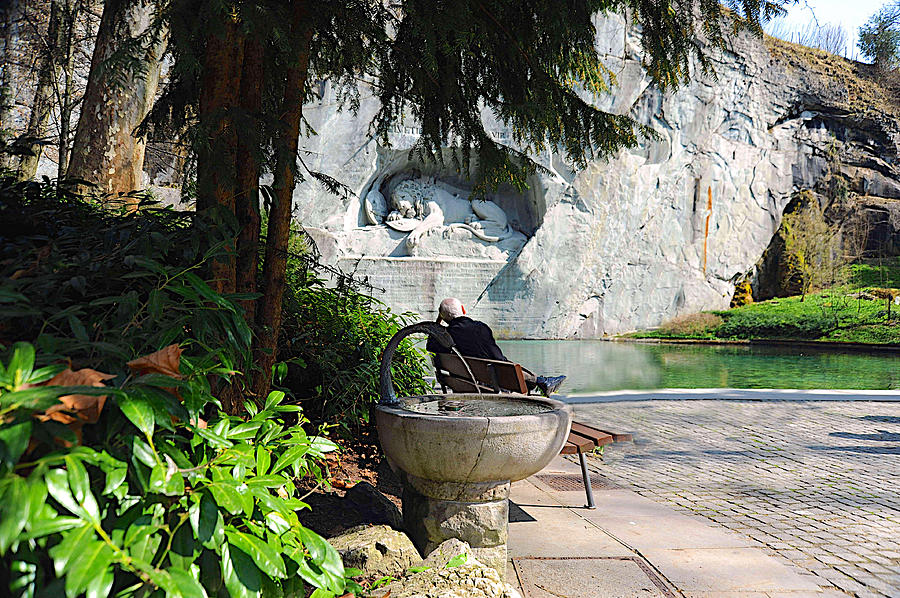 The Lion of Lucerne depicts a mortally wounded Lion that was created by Bertel Thorvaldsen in 1820-21 to honor the over 800 Swiss Guards who were massacred trying to defend King Louis XVI of France in 1792. The guards were working as mercenaries when the insurrection occurred. When they ran low on ammunition they continued to protect the King despite him writing an order relieving them of that duty.